ADRIFT is a set of Windows applications for creating and playing text adventures, also known as Interactive Fiction. It comes in two parts; there’s the Developer – the adventure creator, and the Runner – the part which plays the games.

ADRIFT Developer has a graphical user interface (GUI) which allows you to create adventures quickly and easily by filling in text boxes, selecting checkboxes, and choosing items from drop down lists. It is unique in that no programming is required, yet it is very powerful allowing the creation of complex adventures. ADRIFT is very simple to understand and learn. 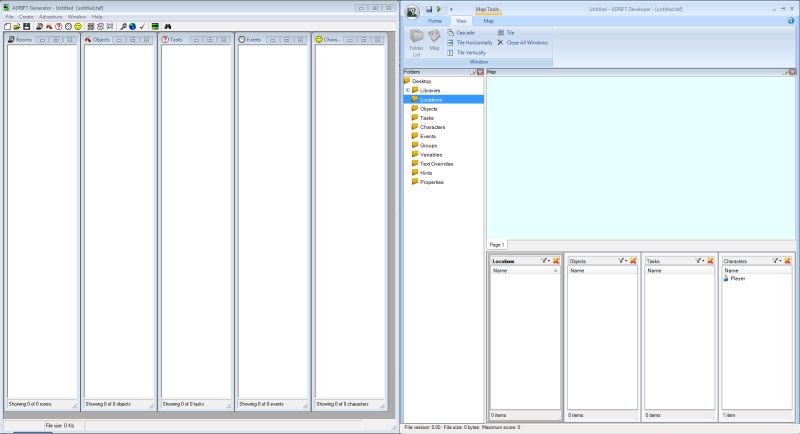